The City of Boca Raton has begun to construct the new Brightline Station. Slated to complete within the year, the city plans to wield one of the most significant infrastructural additions to South Florida in recent decades to accommodate its increasingly large population. We dug into the details and made sure you're as prepared as can be for the new upgrade to our infrastructure, how you can enjoy it, and what you should know for visitors to our city.

Where Will It Be?

The Brightline Station will be officially addressed at 680 Yamato Rd, Boca Raton, FL 33431. The station is located within proximity to Mizner Park and the Boca Raton Library. In 2019, Brightline sent their official letter to the city of Boca Raton as a potential destination along its growing Florida route. In December of that year, the City Council approved the site. The site will include a 455-car parking garage to accommodate both passengers and patrons of the adjacent library. Ground broke this past January 25th.

When Will It Be Done?

As of now, the clearest idea of completion is within the 4th Quarter of 2022. As of this writing (August 10th, 2022), there are no reported delays. Completion, as it stands, is on schedule.

How Will It Help Boca Raton?

Boca Raton currently boasts a population of nearly 100,000 citizens. With that number consistently growing alongside the influx of seasonal traffic, having a waystation that could accommodate commuters for a variety of reasons is a low-impact way to improve our traffic situation dramatically without the overuse of land, or the negative impact of clearing new land to build. Boca Raton sits around 30-60 minutes (given traffic) from either Palm Beach or Ft. Lauderdale airport, making for an expensive ride if a loved one can't accommodate you. With the Boca station, commuters can access our international airports, the seats of the neighboring counties, and territory that would otherwise cost far more in gasoline and the headache to fight traffic to reach.

More Info About The Brightline

The Brightline is run by Florida East Coast Industries, the evolution from Henry Flagler's earliest vision for the state. It is the only privately owned and operated intercity railroad in the U.S. and began as recently as 2012. In 2018, the Virgin Group became a minority investor and has since participated in the growth of the railway. For a state that is unilaterally desired but otherwise difficult to access by car without hours of driving and stress, the growth of the Brightline to eventually include connections to Orlando, Tampa, and more remote parts of the state will only further the dynamism, and desire to increase and improve our commuter railways in Florida.

For more Local Info & Notes Around Town - See Below...

Akoya at Boca West For the first time in 25 years, new construction is coming to the award winning, exclusive, residential, country club community of ...Read More

Ultra luxury is synonymous with exclusive, prestigious, lavish and posh. There are many luxury condos in Boca Raton, FL but there are a select few ...Read More 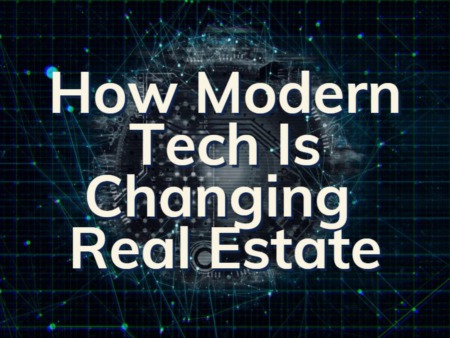 In many ways, Real Estate retains its old-school methodology compared to other industries, like retail and entertainment. The amount of time spent ...Read More