With so many days of sunny, seasonable weather, "beach reading" has become its subgenre of books. More of a designation of tone, rather than a topic-oriented phrase, "beach reading" has taken a life of its own, with everything from short stories, to local histories, to spicy romances. While Boca luxury condo owners enjoy the crisp sea breeze from their patio or on the sand, many of us choose to delve into a good book. we've found 5 of the best Florida-themed books to kick off your beach reading season today. Learn more about our local history and add a little wrinkle to your tanning regimen. Read on!

With so much of South Florida's diaspora and urban sprawl taking place in the last three or four decades, it's easy to forget the intrinsic involvement South Florida, namely Boca Raton had on the war effort.

Local author and paperback favorite Sally J. Ling pens this interesting look back at one of the most important developments of World War II. It was here at the (then) top-secret Boca Raton Army Air Field that troops learned to install, maintain, and operate the radar - a new technology at the time that can be credited among a handful of innovations that turned the tide of the war for the allies, and ultimately shaped the world we live in today.

Who Killed Leno And Louise?

Murder Mysteries are so popular among Boca Raton's beach readers that Delray Beach named a bookstore Murder On The Beach - an entire store dedicated to mysteries, thrillers, and local favorites. This spellbinding tale includes everyone from Benito Mussolini, to Cuban Dictator Fulgencio Batista, mob boss Santo Trafficante, a cast of dubious politicians, and those with an agenda to claim Lazzaro's stolen fortune. This one is perfect for the sand.

If the gloom and greyness of Maine's rocky shores perfectly enshroud the environment so often referenced by Stephen King, then Carl Hiassen could be seen as Florida's ideological comparison. Gone are the devilish themes, gruesome violence, and ghastly supernaturalism of King's work, to be replaced by sunny shores and Hiassen's satirical depictions of American life. Hiassen is truly a Florida author, weaving the humor and carefree nature of the Florida Man through his work. Tourist Season is the first of many humorous yet intense crime thrillers set (and sarcastically depicting) his native state.

Their Eyes Were Watching God

By far the earliest novel featured in our Boca Luxury Condo blog, Zora Neale Hurston is also the most significant contributor to American authorship among our list. Initially poorly received due to its depiction of a strong female African-American character well before the Civil Rights Act was signed into law, Hurston's work is regarded as a staple of the Harlem Renaissance and a must for those seeking a greater understanding of a flawed, emergent Southeast years after the Civil War.

Hurston's work is ahead of its time, her work enduring as a talisman of an ascendant future for those once segregated and kept down by society. This book is the heaviest on our list but makes sense to read both academically and recreationally, getting to know Florida's primitive past in the way only Hurston could tell.

Kate DiCamillo's young adult classic was adapted to film in 2005. The story follows a wayward 10 year old girl who, following maternal abandonment moves in with her father in a small Florida town. Like many pet-based young adult dramas before, the protagonists search for meaning is uplifted by her canine companion, named for the local grocery store she found him at. Throughout the book, young Opal embarks on a journey that brings the townsfolk together, while mending the relationship with her long-estranged father.

For More Waterfront and Luxury Condo lifestyles - see below... 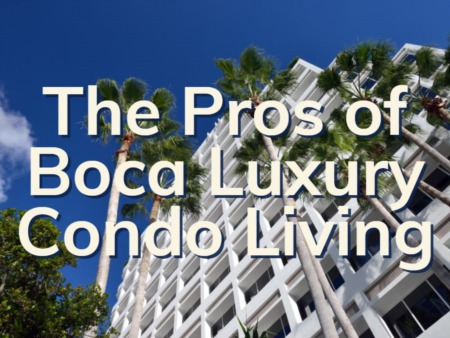 At Champagne & Parisi Real Estate, our goal is to serve you - not line our pockets. With our ethics and intentions in tow, it's incumbent on us ...Read More 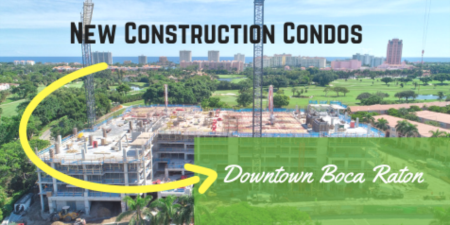 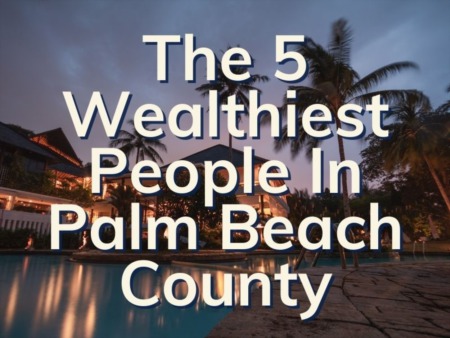 Who Are The Richest People In Palm Beach County? | Boca Luxury Condos

Out of curiosity, and in the interest of luxury, our Boca Luxury Condo Blog has compiled the richest citizens of Palm Beach County, FL. Palm Beach ...Read More